The COVID Recession: Is This Time Different?

The COVID Recession: Is This Time Different?

Businesses not only care about their bottom line but also the health of the overall economy. If output is growing, their customers become more prosperous, and they’re able to buy more products.

Right now, though, the economy is in a lockdown-induced stupor. Many analysts are expecting the largest quarterly fall in production in history in Q2 2020 following the pandemic. It is a scary time for everyone who runs a business.

Companies trying to emerge from lockdown, therefore, are likely to face several difficulties, many of which mean that this time, it really is different.

The Slump In Wages And Demand 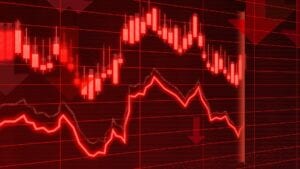 When governments announced the lockdown, millions of businesses shut down and sent their workers home. Some put them on furlough at a reduced rate compared to their regular salary. Others were made unemployed. Now somewhere on the order of 25 percent of the workforce is without a job.

Naturally, when people aren’t working, they’re not earning, and they’re unable to make their regular income. In turn, that cuts aggregate demand and the need for businesses to churn out as many goods falls.

The impact of the recession on spending would be higher if the authorities announced the furlough scheme. But even with that in place, few commentators are arguing that things are just going to bounce back. That seems unlikely.

With that said, we’ve seen falls in employment before. That aspect of the crisis isn’t different from the past. We’ve recovered previously, and we shall do so again.

The Lack Of Physical Proximity

The weird thing about the COVID recession is that it is both policy- and health-driven (in contrast to practically every recession of the past). Even without the draconian measures imposed by governments, the mere fact that a dangerous disease was on the loose was always going to reduce output.

Not being able to be close to other people, however, has profound ramifications for the economy. Firms that rely on face-to-face interactions are going to have to rethink their business models rapidly. Adaptation will bring high costs and harm earnings. And it is not clear when the measures will end.

The Loss Of Capital

When businesses began to shut down en masse at the end of March, public health experts hailed it as a great victory for their profession. Science had prevailed over greed, as they saw it.

Companies, though, are now hemorrhaging capital. Many firms in the hotel, hospitality, and retail industries have invested in physical assets they can’t use. Some will have a business interruption insurance policy, but this is unlikely to cover the pandemic’s full cost. Depreciating plant and equipment is lost forever.

Firms were already in a bad state going into this crisis. Excessive corporate debt meant that there was a risk of mass defaults that threatened the financial system. The loss of capital in this recession is different from any before. As far as we know, firms made good choices with the plant they bought, meaning that we have productive assets sitting idle – again, a change from past recessions.