3 Methods For Excelling In Your Career

Home business building3 Methods For Excelling In Your Career

3 Methods For Excelling In Your Career 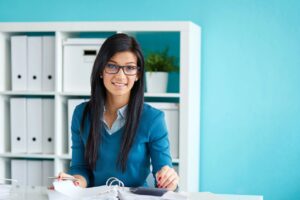 Careers are interesting, dynamic entities. They’re often built on reputation as much as anything else, but that reputation rarely comes without substance to back it up. Furthermore, a career can take many shapes, can crash and burn and then come back to life, or may plod along at a steady pace, as some people work for the same company for decades and raise the ranks from stock room worker all the way up to executive manager.

No matter what career you have, it’s likely that to some degree, you hope to improve it. This may include promotions, the chance to take on more responsibility, and of course, to earn a higher salary. But ‘excelling’ in your career is not always about achieving the highest position, but doing the job as well as you can. A paramedic working the job for 15 years in the same position may not have ‘raised the ranks,’ but can quite literally mark their value in terms of lives saved and people helped as a first-responder. Most people would consider that success.

But more universal principles apply to this post. How can you excel in your given career? Let’s consider that, below:

Don’t Be Afraid To Specialize

No one can be a jack-of-all-trades in their career for the most part, unless they end up becoming a multi-faceted and thoroughly experienced professional later in life. This is why it’s good to specialize so that you can get really good at one or two things, and learn around those subjects where appropriate. Specialists tend to get paid, because the discipline required to train in a given skill means that you are, by definition, more sought-after.

It can also be worth considering the tangential qualifications, skillsets, and opportunities that surround your given discipline so that you get a taste for most things, or can understand and flesh out the full experience of a given role. For instance, a medical student taking part in the best clinical rotations will no doubt score themselves incredible experience not only within their discipline but outside of it too, in relation to other professionals they meet. A worthwhile approach like that can make all the difference, expanding your familiarity in more disciplines than one, even as a specialist.

It’s important to build bridges during the course of your career. You never know exactly where they may help you out later, but they will. Keeping your word and working with integrity will help you do that. Also avoiding negative behaviors, such as gossiping about others, or going back on your promises, or complaining in general instead of being precise in your criticisms – if you keep yourself disciplined, you’d be surprised how many people would trust and like to be around you based on your actions and virtues displayed. It might seem as though online working opportunities have made that less important than ever, but that impression is wrong.

With this advice, you’re certain to excel in your career as a given choice, and reap the rewards sooner or later.